Thank you to everyone who supported the Second Century Circle Luncheon. With your help, we can uplift girls from our most vulnerable communities and empower them to be the female leaders of tomorrow!

Highlights from the Luncheon 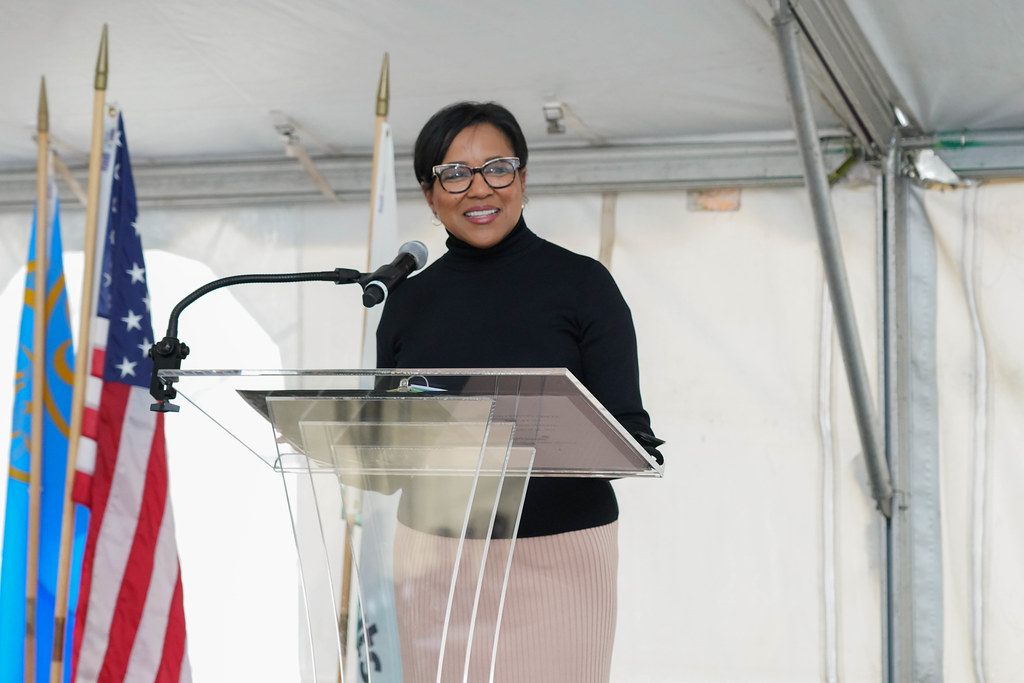 This event would not be possible without the support and dedication of our board of directors and 2022 Second Century Luncheon table hosts.

Thank you for participating in this event. Rosalind (Roz) Brewer joined Walgreens Boots Alliance as Chief Executive Officer in March 2021. She also is a Director on WBA’s Board. Ms. Brewer most recently served as Chief Operating Officer and Group President at Starbucks from October 2017 to January 2021. Prior to Starbucks, she served as President and Chief Executive Officer of Sam’s Club, a membership-only retail warehouse club and division of Walmart, Inc., from February 2012 to February 2017. Ms. Brewer previously held several executive leadership positions with Walmart beginning in 2006.

Prior to joining Walmart, she served as President of Global Nonwovens Division for Kimberly-Clark Corporation, a global health and hygiene products company, from 2004 to 2006, and held various management positions at Kimberly-Clark beginning in 1984.

She currently serves as the Chairperson of the Board of Trustees for Spelman College, where she did her undergraduate work. Ms. Brewer also is a Board Member of VillageMD, World Business Chicago, Business Roundtable and the Smithsonian’s National Museum of African-American History and Culture. Ms. Brewer formerly served on the Board of Directors for Starbucks, Amazon, Lockheed Martin Corporation and Molson Coors Brewing Company. She is currently ranked #6 on Fortune’s 50 Most Powerful Women in Business and was named one of the 25 most influential women by the Financial Times in 2021. Lovette Twyman Russell is a senior consultant with Coxe Curry & Associates. In this role, she provides strategic consultation to nonprofits to strengthen their capacity in the critical areas of board development, volunteer engagement, and fundraising.

A native of Atlanta, Lovette is committed to community service. Passionate about children’s causes, she currently serves on the boards of Zoo Atlanta and Children’s Healthcare of Atlanta Foundation.

Having chaired or co-chaired many of the city’s leading events, including the Mayor’s Masked Ball, the Atlanta History Center’s Swan House Ball, Zoo Atlanta’s The Beastly Feast, Park Pride’s 25th Anniversary Gala, and the inaugural Grady Hospital Gala, she was named the 2012 Volunteer Fundraiser of the Year by the Association of Fundraising Professionals. That same year, she received the 11Alive Boisfeuillet Jones Community Service Award and was named the Mary Caan Volunteer of the Year by the Lupus Foundation. Previously, both the YWCA of Greater Atlanta and Atlanta Woman Magazine recognized her as a Woman of Achievement. Lovette received the Trailblazer Award from the NAACP in 2013. Most recently, Lovette was honored by the naming of the emergency department at Hughes Spalding Hospital as the Lovette Twyman Russell Emergency Department.

A graduate of Spelman College, Lovette is an active alumna and currently serves on the College’s Board of Trustees. In addition, she chairs the Hughes Spalding Hospital Community Foundation and is a member of Buckhead Cascade City Chapter of The Links, Incorporated, and Alpha Kappa Alpha Sorority, Incorporated.

An experienced triathlete, Lovette has completed a number of triathlon events, in addition to the Honolulu Marathon, and has trained groups of women and inner-city children to compete in triathlons.

Lovette and her husband, Michael Russell, CEO of H. J. Russell & Company, are the proud parents of two children—Michael, coordinator, Global Partnerships at National Basketball Association (NBA), and Benjamin, who completed his master’s at the University of South Carolina and is now a field engineer at H. J. Russell & Company.